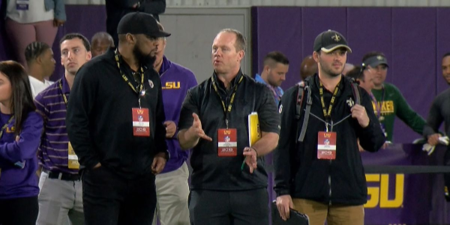 NEW ORLEANS, La. (WVUE) - Jeff Ireland was added to the Saints staff in January of 2015 and after a rough transition draft that spring, New Orleans has had a tremendous success rate. Since 2016, 10 draftees have gone on to contribute as starters.

Now serving as Assistant General Manager and College Scouting Director, Jeff Ireland receives significant praise from Sean Payton "He loves the grind of the film. He loves still being on the road, getting to these workouts, getting to these campuses. He’s put together a real good scouting staff. I think we’ve done a really good job that way. If you were sitting in on these meetings, you’d see the attention to detail that takes place when we discuss a player. I think he’s someone that not only is a close friend but, a talented, talented evaluator. And I think it just starts with his background as a scout and his background of being with some really, really good personnel people.”