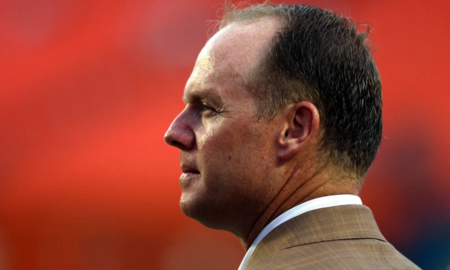 How have changes in response to the novel coronavirus affected the New Orleans Saints, putting them on the spot in the most unusual offseason in recent memory? According to assistant general manager Jeff Ireland, the lack of contact with first-year players picked and signed after the 2020 NFL Draft pushed the team to take an approach that valued quality over quantity.

Ireland joined “The Matt Mosley Show” on ESPN 1660 in central Texas, reviewing how his team performed and projecting where they’re headed. He also took time to discuss the ongoing contract talks with free-agent quarterback Jameis Winston, the former first overall pick by the Tampa Bay Buccaneers.

“Well, look when you don’t have a bunch of picks it takes the fire out of the scouts for sure,” Ireland admitted, when asked how he felt about months of hard work resulting in just four picks made. It’s a process he’s intimately familiar with as the team’s college scouting director. “We had a philosophy going into the draft where we needed ‘quality over quantity’ and it’s the benefit of having a pretty good roster, a veteran roster, and good depth.