Jon Gruden knows what Sean Payton is going through; ‘You don’t ever get over that’ (1 Viewer) 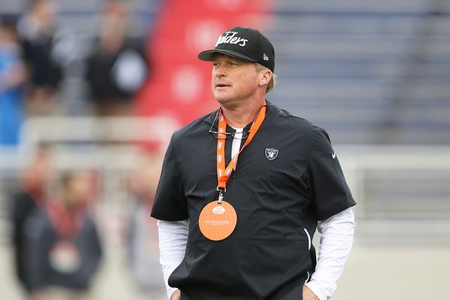 One day after the New Orleans Saints' NFC championship loss, coach Sean Payton heard from an old friend who knows what he’s going through.

Oakland Raiders coach Jon Gruden was on the losing end of a controversial call by a referee in a 2002 playoff game that let the New England Patriots advance in the playoffs and ultimately win a Super Bowl.

Speaking to reporters at the Senior Bowl in Mobile, Alabama, on Tuesday (Jan. 22), Gruden described a phone call he had with Payton on Monday.

“If you really want to dwell on it, you don’t ever get over that,” Gruden said. “It’s the last time that team will ever be together. It’ll never be the same. Those guys fought as long and hard as they could. And it’ll sting forever.” ...