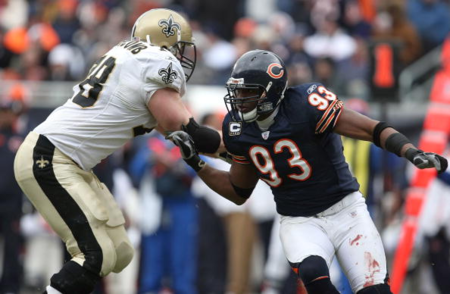 Stinchcomb was a 2nd round pick out of the University of Georgia in the 2003 NFL Draft, playing his entire career with the Saints from 2003-10.

After retirement, Stinchcomb pursued a career in sports broadcasting and is now a television analyst for the New Orleans Saints’ preseason games.

Stinchcomb, like many Saints greats before him, is very knowledgeable about the organization and the culture that has been established there.

He says that he is not surprised that the team is always in the Super Bowl discussion, and with all of the pieces they added this off-season, he believes they have a strong chance at a Super Bowl run.