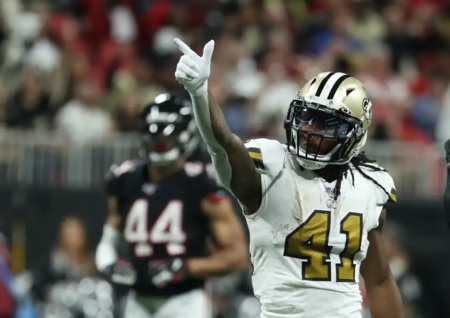 Contracts can become problematic between a player and a team. Players and agents take to social media to "air their grievances" regarding the contract woes. Some GMs and even coaches have risked the temptation and voiced their intentions via Twitter and Instagram media after negotiation breakdowns have occurred. Before Saints receiver Michael Thomas scorched NFL secondaries in 2019, he didn't report until his then record-breaking 5-year, $100M contract was in place. Today, Kamara is in the Saints training camp. The question stands. Can New Orleans offer Kamara an extension during the season, or will they have Khai Harley and Mickey Loomis to show their contract ingenuity once again?

Even in the wake of his torn MCL injury against Jacksonville in Week 6, Kamara's production makes these stats even more impressive. 2019, he amassed 1,330 yards and 6 TDs for the Saints. Kamara's first three seasons are historic. He became the first NFL player to have over 2,000 (2,408) rushing and 2,000 (2,068) receiving yards, and 3 Pro-Bowl appearances. In 45 games, Kamara saw the endzone 38 times, 7 rushing, 10 receiving, and 1 kickoff return. He missed 2 games after his leg injury.