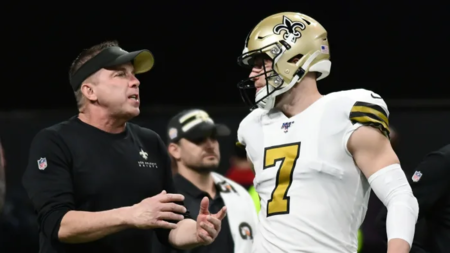 The Denver Broncos are a few days removed from a strong performance against a rookie quarterback who has started just four games this season. That's given Broncos fans a dose of optimism for what the team could do against another quarterback with little starting experience.

New Orleans Saints' QB Taysom Hill is coming off his first NFL start. With Drew Brees out several weeks because of broken ribs, Hill will start again vs. the Broncos at Mile High on Sunday.

Some fans may be eager at the prospect of facing another inexperienced quarterback, but those fans may want to pump the brakes. After all, the Saints dominated the Atlanta Falcons this past Sunday, so the fact Hill will start doesn't mean the Broncos face a pushover.

And based on the comments from Broncos coaches and players, they know that.

"He's a versatile guy," said safety Kareem Jackson during Wednesday's Zoom presser. "He does a lot for that team. With him having to play quarterback now, a lot of that stuff will be cut down as far as him being on special teams and doing all the other things. He’s still a dual-threat guy. He can run and has a strong arm." ...