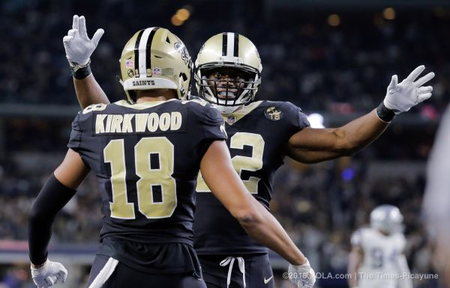 Kirkwood (calf) played a career high 53 snaps against the Eagles in the Saints' divisional playoff round, catching each of the passes he was targeted on — including a 2-yard touchdown on fourth and goal. At one point Sunday, Kirkwood was spotted leaving the field with a limp.

The undrafted rookie out of Temple has caught at least one pass in eight of the nine games he has been active for this season.

Watson missed practice with an illness. ...