Keys to a Saints Victory vs. Broncos in Week 12 (1 Viewer) 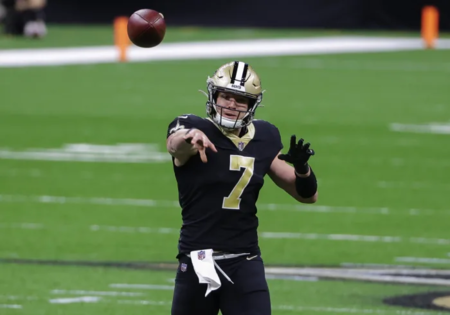 Prior to Week 12's matchup between the New Orleans Saints (8-2) and the Denver Broncos (4-6) both teams saw positive COVID-19 test affect their team. Despite the positive cases, the NFL has the game being played as scheduled and the Saints will seek their eighth consecutive victory. Below the Saints News Network Krewe shares their Keys to a Saints Victory in Denver, CO later this afternoon.

Biggest Keys to Saints Victory: The Play of Taysom Hill

My key to this game will be Taysom Hill. He faces a Denver defense that's much better than the Falcons defense he had success against last week. Broncos coach Vic Fangio and defensive coordinator Ed Donatell are going to throw a variety of exotic blitzes and coverages against Hill and the New Orleans passing game. Hill must good decisions and make them fast against a Denver defense that made an equally inexperienced quarterback in Tua Tagovailoa look foolish last week. ...

Run the Football and Control the Game Clock - QB Taysom Hill and running backs Alvin Kamara and Latavius Murray must control the ground game and sustain long drives. If New Orleans takes an early lead, this will make the Denver offense one-dimensional without Drew Lock at the helm.