Michael Thomas had a laundry list of accomplishments during his rookie season with the New Orleans Saints.

The wide receiver from Ohio State set new franchise records for receptions (92), receiving yards (1,137) and receiving touchdowns (nine). He ranked in the top 10 of the NFL in those three major receiving categories in 2016, and his 92 catches are the second most by any receiver in league history, behind only Anquan Boldin's 101 in 2003.

Former star NFL wide receiver Keyshawn Johnson, Thomas' uncle, was proud of what the rookie achieved and expects him to continue improving for the Saints.

"I thought it was a good accomplishment," Johnson said during Super Bowl week in Houston. "Work hasn't been finished, obviously. It's not the end product. When you have a rookie that put up the numbers and playing at the level that he played at, he's only going to get better over time as he continues to develop a relationship in the offense.

"One thing I don't ever have to worry about is him working, so I know that's going to happen. And when you work, things come naturally to you." 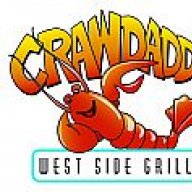 Offline
Two years from now he will be in the conversation along with Brown and Beckham for best receiver in the NFL.
Show hidden low quality content