King does us justice again (1 Viewer)


On the fine fifteen we are 9th, and his comment is "One Terrance Copper fumble away from 38-38 and overtime"


Then he raves about Brees, and says that if he was starting a franchise, that Manning, Brady, then Brees would be his choices. 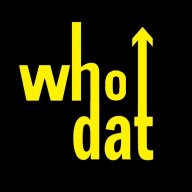 Offline
Good perspective from King. The Saints clearly weren't outclassed by the Steelers ... it was just a case where the team making the most mistakes lost. Play that game over 100 times, and the Saints may well take 60 of them.

And Brees ... one play symbolizes what a great player he is, and what a terrific influence he's become on the 6-3 Saints. (Sorry to be always praising this guy to the max, but just watch him play. At $10 million a year, with a twin contract to Tom Brady, he's just as big a bargain.) With the Saints down 38-24 and fighting for their lives in the fourth quarter, on first-and-15 from their 31, in the shotgun, Brees surveyed the field against a heavy rush. Darting this way and that, he began to furiously motion to not-very-swift running back Aaron Stecker with his left hand. Go deep, go deep, go deep! You know, like he was on the sandlot in sixth grade after school. Just run! Make it up! And I'll throw it as far as I can! Brees cut it loose, high and far, and Stecker ran under it and caught it. Gain of 42. Less than two minutes later, the Saints scored to make it 38-31. Of all the quarterbacks I'd take right now for my team, Brees would be high on the list.
Click to expand...