Offline
I don't live in North Louisiana anymore but my family does and my grandmother is a huge Saints fan and can't watch the game next week because KMSS is showing the Cowboys. It makes me so mad. 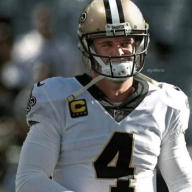 Offline
She can sit at my table at Buffalo Wild wings...

There was ballpark 60 - 70 Saints fans there watching the game, and cheering teh saints to victory!
OP
OP

Offline
Well, that's mighty nice of you but as much as she probably would enjoy it her day will be going to the baptist church and rushing home to see the game. In this case since its at 3 she can take her time. She is 85.

Offline
I think they showed the cowchokes yesterday too. My uncle had to come watch the game @ my house. 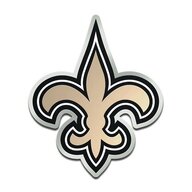 Offline
Okay, everyone in the Shreveport-Bossier area; it's time to call KMSS and let them know how upset this makes us...we managed to get a game earlier this year changed. I mean, who wants to watch the Cowgirls and the Cardinals??? Wouldn't a gun to the head be quicker and less painful???

Offline
That's how things used to be around here (Lake Charles area) but we were able to stick to the cause and now we get ALL Saints games.

Keep the faith guys and you will be liberated eventually.

Offline
What else is new? They showed Dallas yesterday. I've had the Sunday ticket for 4 years and I'm not going to fight them anymore. They can show Dallas all they want. I'm not watching it. And i'd probably have the ticket even if I lived in New Orleans.

Offline
hey JJ! havent heard from you in a while. did you see my wedding pics?

rdbrzll said:
it's time to call KMSS and let them know how upset this makes us...we managed to get a game earlier this year changed.
Click to expand...

If it upsets you, call them. 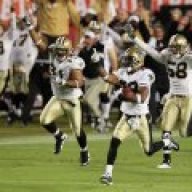 Offline
Because the network also covers most of East Texas , parts of Arkansas, They will 90% of the time show the Cowgirls.

I used to work in television and I would see how the Cowgirls fans complain when they did not show a game.

Even if the Saints win 5 Super Bowls and the Cowgirls go on a 20 year losing streak, they will still show them over the Saints

One good theing though

It was fun to go to Wild wings yesterday and being surrounded by Saints fans. Most of them stayed afterwards to cheer on Washington beating them. That was a very good day.

Offline
but here is my point. The Saints are representing THE GREAT OF LOUISIANA with class and heart . Who cares if the people in Texas are upset. Its Shreveport, La it should first cater to the people of Louisiana not Texas not Arkansas.

saintlad said:
It was fun to go to Wild wings yesterday and being surrounded by Saints fans. Most of them stayed afterwards to cheer on Washington beating them. That was a very good day.
Click to expand...

Funny thing I was in Memphis at B-Wings, and all of the people there cheered when the cowboys lost. There was only one Saintsfan onsite other than myself.
Last edited: Nov 6, 2006 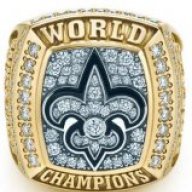 Offline
Straight from the horse's mouth:

Thank you for your interest in the Saints.

This weeks game was confirmed about 2 months ago, and was part of our original plan to air as many Saints and Cowboy games as possible. Unfortunately the NFL with their new rule of selecting the best game for NBC took a game from FOX (Chicago/NY Giants) and moved the Saints game to 3pm where we have the Cowboy game scheduled.

Our early list had us carrying 10 Saints and 9 Cowboy Games, following the Saints victory on the MNF game our Manager decided to carry the Saints instead of the already confirmed Cowboy game, we received e-mails and phone calls in the hundreds complaining about the switch.

I received 2 e-mails from Saints fans thanking us for the change.

Regarding your comment about returning Shreveport to LA, we are charged by the FCC to serve the following: NW Louisiana, NE Texas, SW Arkansas and SE Oklahoma, this breaks down to 206,000 TV Homes in LA, and 225,980 TV Homes in TX, AR and OK.

If half of the homes in LA (103,000) wanted to watch the Saints which is questionable (we got many complaints from Cowboy fans in LA), it still leaves a potential audience of 216,000, who would want to watch the Cowboys, this is half of the remainder. I know this is just guess work but, it remains that we have to serve 3 other states besides Louisiana and we try to do this as fairly as we can.


About our signal I suggest you get your service checked, the signal leaving our Transmitter is very good and our digital signal has been called one of the best.


Again thank you for your interest

Offline
At least I was one of the 2 e-mails. I gave up years ago. Get Sunday ticket from DIRECTV and you won't have to concern yourself with KMSS' programming decisions.

Offline
I did for the Saints-Bucs game and now I'm really glad I did b/c of the decision this week. The Sunday Ticket signal was much better to watch than from KMSS b/c the quality was very clear, lagniappe!
Show hidden low quality content