Offline
So here goes... I have been calling for the head of Les Miles for 4 or 5 yrs now... I had the unfortunate experience of sitting in the Superdome in Jan 2012 for the Nat'l Title game vs Alabama when LSU's team didn't even bother to show up, and got shut out... Ever since that night, Lester Miles has been dead to me... Last year, it was the most frustrating thing in the world to watch the PR nightmare unfold that resulted in Miles being retained as HC.. Now, I think that most (reasonable) LSU fans realize that Les must go, and that it's only a matter of time.. Obviously Tom Herman at U of Houston is the hottest HC candidate out there right now (I wanted to get either him or Fuente at Memphis LAST yr), and I think we have a decent shot at getting him; I mean, why would he turn down the type of talent LSU gets (ever since Saban put a fence around the state), at triple or quadruple his current salary?? But if we can't land him, the 2nd hottest candidate at the moment is Lane Kiffin... He would undoubtedly make our offense 1000x better, but everything else about him makes my skin crawl... For the other LSU faithful out there, who else do you think might be a viable option, and the Sophie's choice I have for you is: What would be more of a nightmare scenario-- hiring Kiffin, or retaining Miles?

Offline
Is it possible to hire Kiffin (for the offense) and retain our current DC?

Is Kiffin a good recruiter?

They are consistently the worst most talented team in college football

Offline
Miles needs to go, but his replacement should not be Kiffin. Dude is a recruiting violation waiting to happen as soon as he is out from under Saban's thumb.

Domeination said:
Miles needs to go, but his replacement should not be Kiffin. Dude is a recruiting violation waiting to happen as soon as he is out from under Saban's thumb.
Click to expand...

What makes you say that? 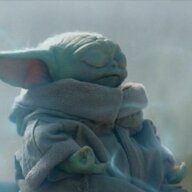 Online
I would burn my LSU flag.

I would be willing to give almost anyone a shot over staying with Miles. Kiffin would be the most (maybe only) notable exception. 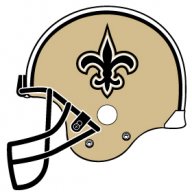 Offline
Why Kiffin? LSU is one of the elite jobs in college football. There isn't a coaching job that is better, and only about 5-7 that are as good.

LSU can have almost any head coach it wants. Probably a number of pro coaches would cross over to coach the Tigers. The only coaches they absolutely couldn't get if they wanted them are at Alabama, Michigan, Notre Dame, and Ohio State. Maybe throw in Florida. I'd say anyone else would come. Even Jimbo Fisher, at a great program at Florida State, was listening last year.

I think Les Miles needs to go. Last year I was one of those who said Les won enough in the past to justify keeping him on, but I've changed my mind. If LSU continues to be a black hole for talent, swallowing up people like Leonard Fournette and Odell Beckham, the recruiting well will run dry and the team will really be in trouble.

Its time to get Les out and find a coach. But don't settle, there's no need to. LSU can have almost anyone it wants.

Offline
I'd rather lose to Bama every year than have Kiffen as HC. He has been never shown that he has what it takes to run a program. He can come run the offense, but he's no CEO.

If LSU handles it right, they could sign just about anyone they want. However, I gave zero confidence that LSU handles it right. Les Miles had infinitely more credibility than Joe Alleva and the TAF. Those guys would make a mess out of a Les Miles voluntary retirement followed by Nick Saban showing up the next day in a moving truck.

Offline
It won't be Kiffin. But it's time. King Alexander may learn that if the university president is going to meddle in LSU football, he better get it right, or he is touching a third rail in Louisiana politics.

Offline
Forgive my ignorance, but why are people opposed to Kiffin? What did he do to turn you guys off to him?

DaveXA said:
Forgive my ignorance, but why are people opposed to Kiffin? What did he do to turn you guys off to him?
Click to expand...

The UT thing was the worst for me. The kids he made promises to were locked in and could not even go anywhere else. As crazy as Al was before he died, I think he summed him up best when he called him a con artist. I can dislike a lot of coaches for other teams but there is actual evidence that Lane just isn't a very good person at all.

The rise and fall of Lane Kiffin&#39;s coaching career, in 11 steps - SBNation.com

Offline
Miles has run his course here....but say NO to Kiffin!!!

Online
Every where Kiffin has been, he has caused some kind of trouble and left that team in a bind.

I know Aranda has in his contract that no matter what happens to Miles that he stays. Some speculated that to mean if Miles leaves then Aranda may step into the HC position. If that were the case, who could he bring in at OC cause Cameron would probably leave or be let go with Miles.

Offline
No to Kiffin. I'd rather go after Tom Herman.

coldseat said:
No to Kiffin. I'd rather go after Tom Herman.
Click to expand...

I came here to say this. I'd take Tom Herman in a heartbeat
OP