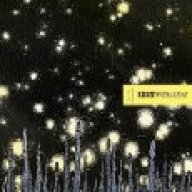 Anybody able to watch and recap?

Offline
I only caught the last of it. I missed all of the DC talk. He brought up players that could be cut or restructured. Will Smith, Vilma, Harper, and Hawthorne on D.

He even mentioned Jahri and Drew as guys that could possibly restructure but said Drew didn't sound too receptive when asked about that late last year.

Florio ended the interview by talking like Rob Ryan as DC was a done deal, but like I said I missed the first part so I don't know where that's coming from.

Sorry, that's all I got.

Offline
I wish he was back on the Sports Hangover with this info.

Online
My understanding was that Hawthorne's contract for this year was guaranteed. If so, we will not be cutting him.

SAINTSFAN said:
My understanding was that Hawthorne's contract for this year was guaranteed. If so, we will not be cutting him.
Click to expand...

It is after today.