Offline
I've been intrigued by a couple of guys as I'm perusing the NFL combine numbers.

First, is this kid from Asuza Pacific, Luke Marquardt. His measurables are outstanding, tall and stout with long arms. Did 31 reps on the bench, which is impressive. Former TE who was originally a basketball player. Couldnt find any tape on him, just his NFL.com profile.

Next is Roger Gaines from Tennesse St. This guy looks like a load and has 36 1/4 in arms! Played at a small school, but was dominant. Another unpolished project, he needs some coaching but certainly looks the part.


Any thoughts on these two? Especially anyone who's seen them?
Please any other guys that have caught people's eyes, chime on in.

Offline
I like Ray Ray Armstrong and Terron Armstead

I met him a few weeks ago, and we talked for a good time. He's from the NOLA area, playing his HS ball at L.W.Higgins in Marrero. He's been the starting LT for the Cajuns, and their pass oriented O the last few years.

I told him how I remembered him from the game vs Florida. My dad called me and excitedly asked me if I was watching the game. I wasnt, so I turned it on for the second half. Bates was more than handling his own against the Gators. I told him I remembered when he got hurt as ULL was about to score in the 4th q (he ended up with an MCL sprain, but braced it up, and started the rest of the season). They settled for a FG, but w/o him, ULL got very/too conservative the rest of the way, and lost on a blocked punt with 13 secs left in the game ( "They were good, but we were better....we had em!") He was very surprised and appreciative about me watching ULL, and his play. I think that led to our extended conversation, where we talked about ULL football, Louisiana college football, and how teams in La are now so talented and competitive against the major college teams. He even told me about some "on the team issues" and a couple of "in the game" battles he's been in.

Though he didnt make the Combine, he remains very confident and is looking forward to his Pro Day. He's heard from 9 teams so far, and "YES!" he said, the Saints are one of them.


On paper, I see him as a 7th/ undrafted FA. Given our needs at OT, if he's available, I could see us giving him a look see.


On a side note, if you're looking for a C/G in the 7th/undrafted FA, there's another local prospect in Patrick Lewis from Texas A&M. He played HS ball at East St John in Reserve. All he did at pass happy A&M was have 38 consecutive starts at C/G. He was the starting center for Manzell last year, and at about 6'1 and 310, he's short, but stout and quick. He COULD be the only OL that Drew will argue that he's taller than!

Offline
nfldraftscout.com has your man Leonardo Bates ranked #57 out of OT prospects.

They have Gaines and Marquardt as #22 and #23 respectively. That seems like 6-7th round territory to me.

Mr Bates will more likely than not be an UDFA. But hey, we've had some great luck with undrafted players! 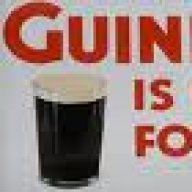 Offline
Hey we have a starter on the Offensive line who was originally a UDFA. If that's the route it takes to get a solid player, than that's what it takes.

Offline
I hate to keep rehashing this, but the only way I can feel good about a project OT is if we address it earlier in the draft. It's too high a position of need for us right now. Besides there are starting caliber OT's that we can get in the mid rounds.

Hedging out bets with a late round or UDRFA flyer makes good sense if we get a low risk guy earlier to compliment him.
OP

Offline
Watched some tape on Luke, He is more athletic then you would think for a guy his size. Due to his height, DL can get leverage on him. Project player, but there is something there to work with. 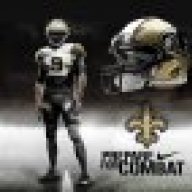 Offline
Our starting center was an undrafted fa.. NIcks came in as a 3rd round player and started. Quiet storm started as a 7th.. My point is the saints have a history of being able to draft later round starters and gettin good value.. Bates could be a steal
Show hidden low quality content