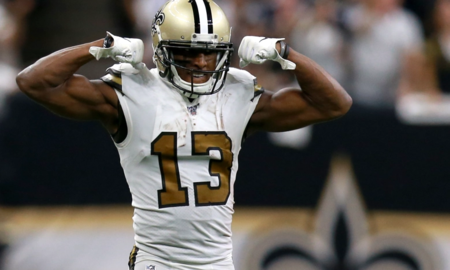 The NFL’s “Color Rush” initiative to drive interest in its lackluster Thursday night games may have fizzled out a couple of years ago, but the New Orleans Saints were one team that benefited from it in a big way. They picked up one of the league’s greatest alternate uniforms with a super-clean gold-on-white look that contrasts beautifully with the black-and-gold home jerseys.

Unfortunately, the NFL only allows its teams to wear alternates three times per season; the Saints found out the hard way when they petitioned the league office for permission to wear their “Color Rush” uniforms in last year’s playoff game with the Minnesota Vikings, but were denied. The Saints won all three of their “Color Rush” games in 2019 but lost that game; obviously it would’ve made a difference.