Mavs have won 7 in a row. Rumors of their early demise were greatly exaggerated. Can't wait to thrash them in the playoffs.

Spurs 9-2 and we look real good. And remember, we usually peak in the second half of the season. Right now we're still trying to figure out where the pieces fit, particularly our center position. Right now we're getting good production out of the rotation of Elson and Oberto.

Duncan is playing like he's 25 again. He's finally healthy and on a full summer of rest (as opposed to practicing on Team USA). Averaging 23 pts, 12 boards, 3 assists, and 2 blocks per game, in just 35 minutes. All of that while he's not even really trying to dominate games, but instead get his teammates involved and let the Spurs gel as an 11 man team instead of a one man team ala Cleveland, the Lakers, and even Miami.

Tim Duncan is the best basketball player on the planet, and it's really not even close.

The rest of the league is on notice. This is the year of Duncan.

Offline
I'll check it out when the playoffs come around, Lol.

Offline
Duncan is great, but unfortunately is not flashy and has a tendency to make me want to sleep. Sorry Duncan, not enough flavor.

Offline
I can't remember the last time I actually sat down and watched an entire game of pro basketball. It use to be my favorite sport to watch. Now, I think it is kind of boring.

Offline
Unfortunately, the Celtics ripped off three wins in a row, postponing the much-needed firing of Doc Rivers.

Now, back to the discussion of the actual NBA.

Offline
The Hornets have only lost 3 games. And we beat the defending champs by a brazillion pernts last night.

Offline
I am hoping that once Gasol gets back the Grizz will catch fire.......we have two young guys in Kyle Lowry and Rudy Gay (snicker ) who are really going to be good for a long time.......we need a center though......Tsakalidas just isn't gonna get it done for us......

We did pick up Stromile Swift for a second tour of duty and have Damon Stoudamire and Mike Miller......along with Eddie Jones......lots of talent just not sure what the coaching is gonna look like......Fratello's style doesn't fit the talent....

Oh....and Geaux Hornets too! I don't get to see them much but I hear they reppin' New Orleans!

Offline
Chris Paul will be making his first of many trips to the All-Star game this year. His dimes are a thing of beauty.
OP
OP

Offline
I love the way Paul plays the game.

Offline
The best block of all time happened a few nights ago.

Offline
The Eastern Conference looks weak, again, Orlando is getting some positive minutes from Grant Hill. The Southwest division is one of the hardest I can ever remember in the league. Every team there can go the playoffs. What is up with the Suns? Hornets play them tonight.

Offline
chris paul will have the hornets in the playoffs he's already one of the best pure point guards in the nba instead of scoring 50 he'll have 15 assist he's one of those players that make the players around him better example david west...in a few years the hornets will be contending at the top of the nba for maybe a title

Offline
Unfortunately if the Hornets make the playoffs, the games are in Oklahoma.

Offline
Hornets need to trade for a SG even if its for one year type guy like Eric Snow. or a defensive stopper like Quinton Ross. are my favorite trade a #1 pick and Mason for Chris Duhon and play a combo of Bobby Jackson, Chris Paul and Duhon at the two Guard spots.

Random Fan said:
Unfortunately if the Hornets make the playoffs, the games are in Oklahoma.
Click to expand... 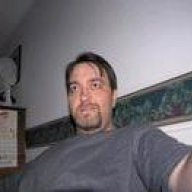 Lakers are 8-3. It's not surprising either. Looks like Bynum is coming into his own. He hit the weights over the summer. Kobe is playing unselfishly and it's showing on the box score.

Kobe Bean Bryant is the greatest player in the league right now. It's not even close. He's playing at 80% right now.

The rest of the league is on notice. This is the year of the Bryant.
Show hidden low quality content

The All Good Things Thread
2 3