Offline
I have seen the line at 7 wins about a month ago, but can't find anything more recent. A few days ago I posted the response below in another thread. It will be interesting to see if the Boyds Bets handicapper's formula from 2013 works again in 2016. Here was my post:


The 2015 Saints actually finished 7-9 with a +2 turnover differential - which surprised me when I saw that stat. I figured we were -7 TO differential, or something like that.

Based on the Saints finishing last season with a +2 turnover differential, here is an interesting 2013 article I found at Boyds Bets: https://www.boydsbets.com/handicapping-nfl-turnover-differential/

"It does in fact look like teams who finished with a losing record and a positive turnover differential are more likely to see an increase in their win total the next season. There were 19 teams that qualified for this trend over the last five years. 12 (63.2%) of those teams improved their record the following year, 3 (15.8%) finished with an identical record and 4 (21%) actually got worse. Of the 12 teams who improved their win total, the average increase in wins the next year was 3.2. Even when you factor in the teams who went against the trend, there was still an average increase in wins of 1.3.

So, based on the Boyds Bets handicappers' article and research - and the Saints +2 TO differential last year - the Saints stand about a 63% chance of improving their win total this year. Hopefully, they repeat what happened in 2013 and end up 11-5. 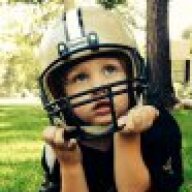 Our non divisional opponents are all tough matchups this year
OP

Our non divisional opponents are all tough matchups this year
Click to expand...

In the 2009 championship year, the Saints were +11 and got 13 wins. I thought it would have been a higher differential before I looked it up. The defense scored a lot of points that year. Interestingly, in 2011 the Saints won 13 games but had a -3 turnover differential. They followed that season with a 7-9 record in 2012.

Offline
All offense driven. even the +11 year, the number doesn't do the defense justice probably due to high number of turnovers on offense.

Saints win 7gms with no defense its proven. How many games have the defense and return/kick game improved??? Add in Fleener and Thomas, can the offense win 8??? Browner being gone is gotta be at least +1 game.

Offline
im seeing over 7 at -135 right now on my site...really think we'll win at least 8 games, but not touching at that price

Offline
I got it at 7 but even money. When I was in Vegas last week it was anywhere from -120 to -150.
Show hidden low quality content