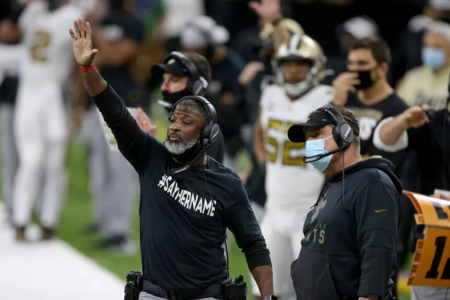 Aaron Glenn is joining Dan Campbell in the Motor City.

Three days after Detroit hired Campbell as its new head coach, the team announced Saturday that Glenn has been hired as the Lions' new defensive coordinator.

NFL Network Insider Ian Rapoport reported Tuesday that Glenn was expected to leave the Saints where he's served as a defensive backs coach the past five years. His addition signals another important step in Detroit's restructuring after hiring Campbell and general manager Brad Holmes in the last nine days.

Glenn worked on the same coaching staff as Campbell under Sean Payton in New Orleans from 2016-2020. The former cornerback was also a head coaching candidate in New York, where he interviewed with the Jets before the team hired 49ers DC Robert Saleh. Campbell, a former tight end, and Glenn also played together for a season with the Cowboys in 2005. ...