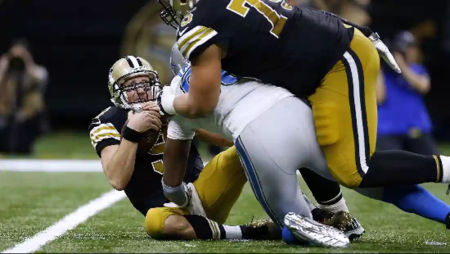 The Detroit Lions and New Orleans Saints are ready to go for another week of their season, and this battle takes on an added importance given the record of both teams so far this season.

Neither team has gotten off to the start they want on the field, but all of those negative feelings from early on can change in a hurry this weekend with a win either way. The Lions have a good chance to make their season feel just a bit more positive with a win in their return to Ford Field.

What key matchups will determine a winner this week? Here’s a look.

Lions Linebackers vs. Alvin Kamara
Detroit’s linebacking group had a solid day against the Cardinals and managed to keep an explosive offense in check for the most part. The bad news? There’s another major test waiting this week in Kamara. Not only is he a dangerous runner, but he is the team’s leading receiver through Week 3 with 285 yards and 3 touchdowns through the air. That points to the fact that he remains probably the league’s most dangerous player in the wide open field. Detroit’s second level will have to be ready for Kamara, and he will be a very tough cover for the team and arguably present the biggest challenge within the New Orleans offense.