LISTEN: Ben Linsey of PFF on Why Saints Secondary Has Been So Bad (1 Viewer) 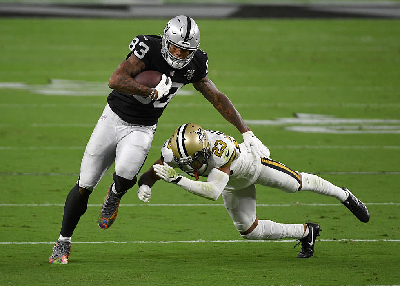 The New Orleans Saints came into this season with one of, if not the most talented roster from head to toe in the entire NFL which of course made them one of the few Super Bowl favorites.

Well, with injuries and ineffective play the Saints have had to make some adjustments as the main pieces of their team haven't lived up to expectations.

Last Sunday against the Carolina Panthers the team was missing their main offensive threats in Michael Thomas and Emmanuel Sanders from a receiving perspective. However, Drew Brees and company looked as impressive as they have all season long.

The defensive line hasn't gotten as much pressure as we all would have hoped for as Cameron Jordan has recorded just 1.5 sacks through six games played after recording 15.5 last season. However, The line has still not allowed a 100+ yard rusher since November, 19th 2017 when surprisingly Samaje Perine accomplished it, that's 49 straight games.