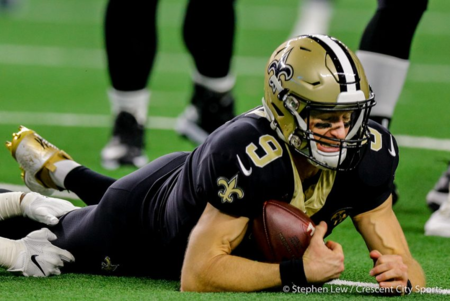 A reported proposal by NFL owners could have franchise players like Drew Brees forced to sit out meaningful regular seasons games.

Ideas are always welcome in any business. The latest from NFL owners regarding improving their product is welcomed in a sense but the welcome mat is most certainly not out from the NFL Players Association.

Andrew Beaton of The Wall Street Journal reported in an in-depth story this past week that the NFL is considering an 18-game regular season schedule.

The concept is not new.

Back in 2011, the NFL owners put the concept of an 18-game regular season on the table as part of the collective bargaining agreement. It had been discussed several times prior to then as well.

The impasse over fixing an obviously flawed system in which there are four extraordinarily boring, virtually meaningless preseason games and reducing that by two is a sound thought process.

No one who is forced to purchase the two home game exhibition game tickets as part of season ticket packaging at full cost is happy, nor should they be. In a nutshell, it is a rip-off and everyone knows it.