Looking For Pic or Video Clip of Bum Phillips (1 Viewer) 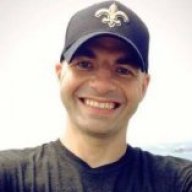 Offline
I remember watching this game on television. It took place when Bum Phillips was the head coach of the Saints. I believe the game took place at Three Rivers Stadium against the Steelers. I recall a fan running near the sidelines, swiping coach Phillips' cowboy hat off of his head, and then running away. It then ended with coach Phillips giving him "the finger". It was a big deal in the news back then. I thought it was awesome! lol

Bum Phillips was the Saints coach from 1981 until 1985. I've searched the classic games forums, but the earliest game I could find against the Steelers took place in 1987.

Anyone have a pic or a clip of it? I don't really need it for anything. Just thought it would be fun to see it again after so many years. Thanks.

Offline
No, but here's his son Wade doing the YMCA in Miami...

Not sure if that helps, but I sure enjoyed it...
Show hidden low quality content