Looking for tips - riding in a Mardi Gras Parade (1 Viewer)

Offline
My wife's aunt is going to be the queen at a small parade in Slidell next weekend. We've got a couple of spots reserved on a float for us. It's supposed to be themed after movie characters, so the wife and I have our costumes already.

So what should I know about riding in a parade? We've got a bunch of beads to throw, a bunch of stuffed animals to throw for the kids. We'll have a few nice strands of beads to mix in with the other throws.

So help out this rookie.

Offline
So kool. Take some candy as well.. That sounds like a great time and have a blast...

Offline
Pace yourself. If you don't, you'll run out of beads, or if you're dumb like me and try to throw to the back of the crowd every time, you'll throw your arm out. Look for little kids, little old ladies, the handicapped, etc. especially. Try to throw to the ones without many beads. Other than that, have yourself a beer (if your float allows it) and have a good time.
OP 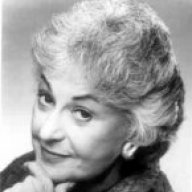 Offline
Wear Depends if you're going to be drinking beer.

Offline
If your float has a porta poti inside of it, remember to take off you safety belt before you go to the bathroom. Buy more beads.

Offline
Make sure to have your safety belt at all times. The float may lurch around a bit. Don't throw hard, you'll hurt people. Make eye contact when throwing. Otherwise you end up tossing a bead, the person looks away and bang, upside the head.

Tip the tractor driver big and give him a written address of anyplace you want him to slow down or stop (if you have family there). Bring food, but eat when the float stops for a long time. Don't be the guy on the float eating popeyes when the float goes by.

Drink, but not so much that you don't remember anything.

If it is going to be hot, wear very little under your costume. Show up very early and organize your beads on hooks BEFORE the parade starts.

Don't know how it works in Slidell, but I rode in Thoth several years in a row and we had our stuff on the floats the day before.

Enjoy yourself. It is a blast.

Oh, buy a large bag or two of stuffed animals for little kids.

Offline
Oh I forgot a biggie. ALWAYS make eye contact with who you are throwing to especially if they are a ways off. I can't tell you how many times I got blindsided in the face when I was a kid.

We've got that covered . I'll have 3 garbage bags of small stuffed animals. It helps when my brother has a half dozen crane games at various restaurants.

Offline
Do you know what you have done? Got me thinking that next holiday to be in a parade.. I have a trailer and an idea... damn it.....

Have a good time.. I'll concertrate on next year's Christmas parade...

Offline
Glad I could help you out Joe!

Offline
Thanks Dale.. It does sound fun.. I have never been in a parade, only watched...

But you stirred an idea that a couple old women and a bunch of kids could have fun with.

Have the greatest time.. Can;t wait to hear... Saw a trailer with a bunch of speakers.. cool...

I got this trailer I think I can do something with, and it would make my Mom aweful happy... Thanks for your posting. And tell me of your Mardi Gras...

I've got a new Project for 2008. Paint a Horse trailer Navy Gray

Offline
i suggest getting drunk

Offline
My only advice is to enjoy every moment-- I rode on a float in Zeus (Metairie) with my then girlfriend, and the 3 or 4 hours went by in the blink of an eye... We had the float to ourselves (she was a "maid"), and I was supposed to just hand her the beads and doubloons to throw- I wound up throwing more than she did. I saw people I hadn't seen since 4th grade, friends of friends I hadn't thought about in years- all calling my name and begging for beads. The whole thing was surreal from beginning to end... All in all, I look back on that night- and that ride- as one of the highlights of my life.... Oh, and yes- I agree with JLB and the others who said to make eye contact before you throw- some of my college buddies were ****** at me the next day because I accidently pelted them really hard when they weren't looking.

Offline
Planning to get drunk, I would bring always bring a cooler with a ham & cheese poboy, plain Pringles, and milk to help. I'd keep Vivarin, since we usually didn't get much sleep the night before. Oh, and don't forget to duck.....
Last edited: Jan 7, 2008

Offline
So, how did it go? Have you recovered yet?
Show hidden low quality content