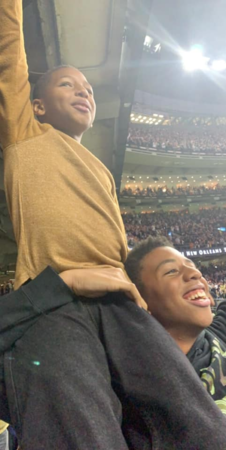 Danielle Trahan took to Facebook after the Saints’ game against the Carolina Panthers on Sunday, Nov. 24.

In her post, Trahan explained she was seated next to two young fans from Baton Rouge visiting the Dome for the first time.

Trahan said their father only had two tickets. He dropped his sons off at the front doors of the Superdome so they could watch the game, and he told them he’d be waiting for them to come out after the game was over.