Offline
I know these kids are just in first grade but the trend in recruiting these days is to get on these kids as early as possible.

Jasper Grimes /Southside Elementary/ tackle - At 4'3" 63 lbs Jasper is one of the biggest kids in his first grade class. He has all the tools to be a great offensive tackle or cornerback, depending on how much he grows or doesn't grow. Jasper is a soft verbal to LSU but wants to visit USC as he has a girlfriend in Los Angeles.

Markevius Bingo/ Ruston Elementary/ athlete - Bingo holds offers from every SEC school and from Texas. LSU holds a slight lead over Texas because Miles has promised him a shot at QB while texas has two QB commitments for their 2020 class and wants Mingo as a safety. Mingo projects to be academically qualified and reads at a second grade level even though he is in the first grade. I called to talk to Bingo but his mom told me he was in a "time out" and I would have to call back later

Mhyryn Taylor/ Franklinton Elementary/ safety - Mhyrhn is the youngest brother of Curtis, Brandon and Jhyryn Taylor. He currently runs a 5.5 forty and if he takes off a tenth of a second a year will be running a 4.3 when he is a senior in high school. LSU has made him a fully partial contingent commitable offer which he has conditionally accepted. Mhyryn is on Dandy Don's list of one hundred first graders to keep an eye on.

Billy Bob Parker/ Mobile Elementary/ quarterback - Billy Bob is a quaterback out of Alabama who is currently projected as a five star by rivals and a two star by scout. He is a lean to Alabama but his recruiting status is clouded by allegations that his brand new bicylcle game form Alabama boosters. Should he commit to Alabama he is rumored to be the first six star recruit in rivals history. Billy currently has a five on his ACT and could be a sign and place kid.

Rufus St Amok/ John Curtis elementary/ rb - St Amok plays on Curtis's first grade team and is one of the only six year olds on the team with five years experience at running back. He is a soft verbal to Alabama which some attribute to the close relationship JC Curtis has with Nick Saban. Watch for his commitment to change year to year depending on which school Saban hops to next. St Amok does have some character issues and was recently arrested for fighting in a casino bar which he got into with a fake id after paying the cover charge with a counterfeit twenty.

With four commits in the bag LSU is off to a great start for its 2020 class. We hope to have some ratings out on the 2021 class next month. I'll try to call Coach Miles and get some comments in the meantime.
Last edited: Mar 8, 2008

Offline
well, after talking it over with my wife, we have announced our unborn child's intent to play at LSU...... 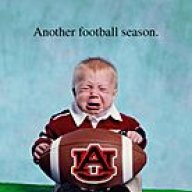 Offline
I looked these kids up on youtube, but couldn't find anything .......