Lululemon Athletica will be hurt by a large recall of black yoga pants that were "unintentionally" see-through.
Click to expand...

Offline
sad day for men everywhere, but yet, it is a victory against some women.

Offline
We must reverse this trend! Everyone buy Lulumon stock!
OP

Offline
No, the stock plunged because they recalled an obviously perfectly working product.

Offline
I just called the store at Canal Place and asked if they had any of the see-through yoga pants. Lady said they shipped them all back. I said that I wanted to buy a pair for my wife and asked how I could find some. She said they will getting new shipments in regularly. I asked if she could hold on to a pair in her size before they send them back. She said no.:aargh:

If they get loaded with calls demanding them, maybe they'll stop sending them back.

Well, someone had to say it...

Ask and you shall receive.

Offline
My wife's cousin has worked for them for years at their HQ in Vancouver, when they were a much smaller Canadian brand. Already checked into the possibility of getting a pair... For comparison purposes. Research.

She is checking into it in a few minutes when she gets to work but is optimistic.

Offline
I see no problem.

Lululemon Athletica’s recall of its too-sheer black yoga pants will cause trouble far into next year, the company said Thursday as it reported fourth-quarter and full-year fiscal earnings. Already, the issue -- dubbed “Pantsgate” by some on social media -- is inflaming customers claiming to have been mistreated by company associates while trying to return pants without enough rear-end coverage.

Lululemon Addict, a fan site for the brand, posted tales this week of Lululemon sales associates demanding that customers put on the pants and then bend over to determine whether the clothing was see-through enough to warrant a refund.

On its Facebook profile, where customers were complaining of a “disconnect between corporate and the stores,” Lululemon wrote that it is “working with the guests who have reached out ... and following up with their store accordingly.

[Update: Lululemon responded by saying its stores are accepting returns of the pants stocked after March 1, no questions asked.]
Click to expand...

Offline
Can you bend over once more please, it's hard to tell?

Can you shake it a little? 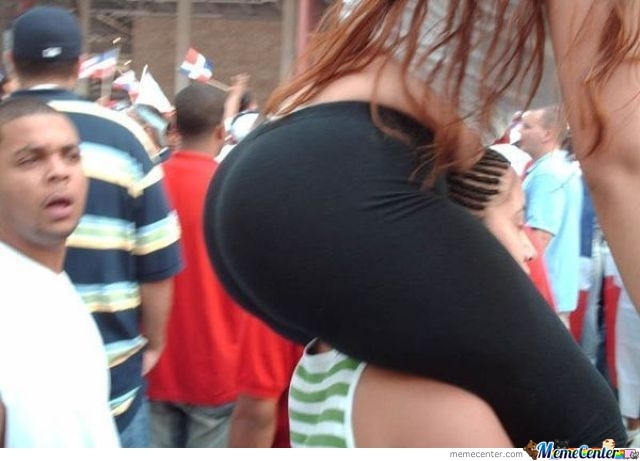 Offline
Just discovered that a Tulane alum is a major designer with this company.

Lauren Powel - class of 2005 - Designer, Lululemon. If you happen to follow me on Facebook, you know that I am a big fan of this company. I love their product and I even own stock in Lulu. I was super stoked for my good friend Lauren, who lived on Monroe 9 with me freshman year, when she was hired from Reebok as a designer for Lululemon. Lauren double majored in Marketing and Management from the Freeman School of Business with a minor in studio art. She then went along to get an accelerated womenswear design degree at the Fashion Institute of Technology in NYC. I asked Lauren how Tulane helped her prepare for her job at Lululemon, and she said; "I can't imagine a better undergrad experience than what I had at Tulane. The people I met, the courses I took and the professors I had at Tulane definitely led me down the path to where I am today. Although I've always been artistic, I'm glad I have a background in business; it's definitely come in handy as a designer." Today, she's designs beautiful and functional clothing for yogis. She is one of two designers based in NYC and she splits her time designing out of a co-working space in SoHo (a workspace filled with a mix of young entrepreneurs) and traveling to Vancouver for fittings and design meetings all while practicing yoga as much as she can.
OP

Offline
That's a bit of a stretch, if you ask me.
Show hidden low quality content