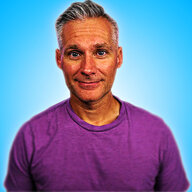 The Online Madden Football League (OMFL) is league is the longest, non-stop madden league that I know of. Anyone wanting to talk about the real history of our league - come talk to me, because I am the only one who has been here from the start. We started back in 2001 as a PC league, then moved over to PS3 and then PS4. We also have an online community, called the GFOC (Grown Folks Online Community) and is free for any leagues who want to be hosted there or owners who are looking for all kinds of online leagues, teams, clans and more. Great place to find more than just Madden to scratch your itch.

We are a very established league and I've been doing madden leagues for 15 years and consider ourselves a strategic league with Fair Play Rules. Our league has weekly vodcast, DaddyLeauges articles, interviews, team articles and more.

We are a non-switch rule league (can't swap while the ball is in the air on offense or defense.) and advances every 3 days unless games are done early. We'd love to have you check us out and come be apart of our growing community.

Join - For the Mature Gamer

We also have an OMFL Coach Mode league DaddyLeagues Madden NFL - OMFLCM which is open with teams, if you're interested in a coach only type game (call the plays, and hike, the cpu does the rest).

We have the 49ers open in our MAIN OMFL league. We are looking for guys to come join our crew. Hit me up here if you're interested. We do have a few guys going through the process, but it is first come first serve. Join - For the Mature Gamer
OP

Offline
We are full now, but if you guys ever get the itch to join an online CFM, give me a yell and we'll get you through the process.
Show hidden low quality content