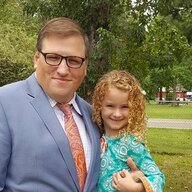 Offline
Just got through my first season and through the SB, fired Dusty, got some FA's. then went through draft, was setup and looking nice.

Before my 1st preseason match up it says my offense was an 82, I was like that aint right because after the season ended I was near an 88.

Come to find out Brees retired on me, so after draft and FA I had our only backup QB.

So I deleted my save file and drafted a QB in round 1 and grabbed Tebow in FA as a potential starter, both were ranked around 78, after 3 preseason games my Rookie QB is already ranked around 83, higher than Tebow.

I was really ticked Drew retired on me!!!
Show hidden low quality content