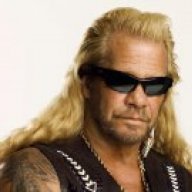 Offline
Just read on Fox Sports about a major announcement planned for Thursday about the NFL in L.A.

Offline
Wonder what it would be. Expansion? I think that would be a mistake.

Offline
i think that the raiders are going to be moving back.

cajunman7925 said:
Just read on Fox Sports about a major announcement planned for Thursday about the NFL in L.A.
Click to expand...

please god tell me we are getting a team, but they aren't going to play at the Coliseum.
PLEASE

cajunman7925 said:
Just read on Fox Sports about a major announcement planned for Thursday about the NFL in L.A.
Click to expand...

Offline
Edward P. Roski Jr., a part owner of the Kings and Lakers who has spent several years trying to lure the NFL back to the Los Angeles area, believes his latest concept for a stadium could help finally land a team. On Thursday, Roski will unveil his idea for a stadium in the City of Industry, near the southern intersection of the 57 and 60 freeways some 20 miles east of Los Angeles, said John Semcken, vice president of Majestic Realty, Roski&#8217;s real estate company. 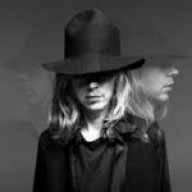 Offline
This would be great for our chances to stay in the N.O. I'm all for it if they can get two more candidates out of the way for our potential departure from my favorite little corner in the world

Honestly I don't think this "Major" announcement is going to be so major.

Offline
The Saints contract expires in 2010 and their new stadium will be ready for 2011? Me no likey.

Pat said:
The Saints contract expires in 2010 and their new stadium will be ready for 2011? Me no likey.
Click to expand...

If a team committed to moving to Los Angeles, "we could begin construction in the final quarter of this year and have it ready for play for the first exhibition game in 2011," Semcken said.
Click to expand...

Offline
I hope you are right SWJJ

Offline
San Diego and Oakland are both likely candidates to move to LA.

I dont think it happens though.

I think they build the staduim, get a super bowl and try to lure San Deigo Or Oakland there..
Show hidden low quality content