Marcus Davenport, Cameron Meredith among 10 Saints out for preseason opener in Jacksonville (1 Viewer) 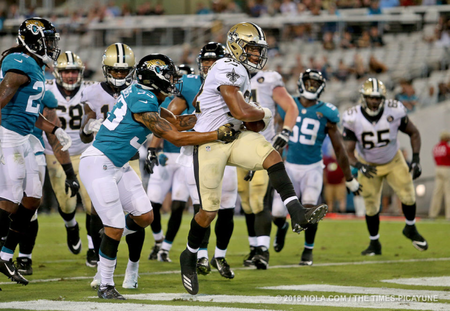 JACKSONVILLE, Fla. -- The New Orleans Saints had 10 players missing from their pre-game stretching lines before their first preseason game against the Jacksonville Jaguars at TIAA Bank Field on Thursday night.

Healthy Saints players, including quarterback Drew Brees and defensive end Cameron Jordan, were all dressed in full uniform before the game, but it's unclear if or how much they'll actually play when the exhibition begins at 6 p.m. ...