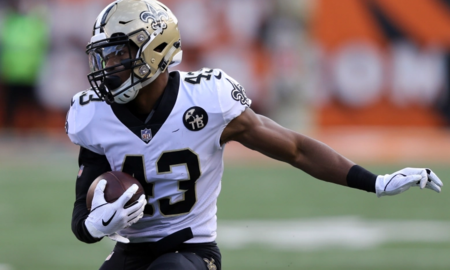 The NFL released its annual Top 100 Players ranking as voted on by active players themselves, and the New Orleans Saints tied the Baltimore Ravens for the most total selections in the entire league (seven each).

Interestingly, another list breaking down the best players in the game today comes from Touchdown Wire’s Doug Farrar and Mark Schofield. They recognized eight Saints as belonging in the top tier of NFL talent. However, they left out cornerback Marshon Lattimore (ranked at No. 76 on the NFL’s list) and running back Alvin Kamara (No. 42) while including center Erik McCoy, free safety Marcus Williams, and left tackle Terron Armstead. Here’s where each Saints player finished in Touchdown Wire’s rankings:
Full Story - Saints Wire - USA Today