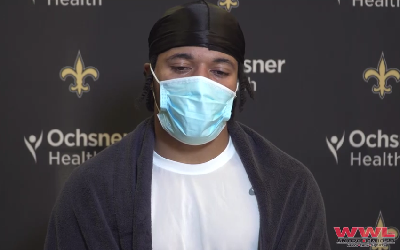 The defense of the Saints has gotten off to a slow start allowing 30 points per game which is 9th worst in the NFL. The run defense has remained stout in 2020, but at times the pass defense has flat out been embarrassing, giving up touchdowns with no one around leaving guys left looking around at each other with their hands up.

A big thing is that there is a communication issue in the secondary which has given up any eye-popping 15 touchdown passes in the first 5 games.

“We have to clean that up and just be on one page so we can go out there and play fast,” explained Lattimore. “A lot of plays is just communication and eyes. Small things that become big things like I said, if we fix that we'll dominate.”