Marshon Lattimore still thinks about last year's altercation with Mike Evans: 'It is what it is' (1 Viewer) 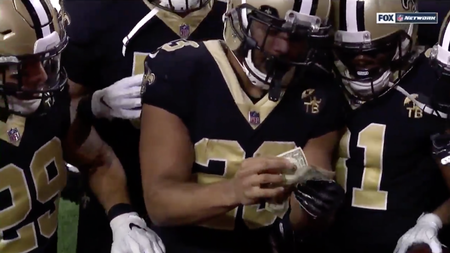 Marshon Lattimore still thinks about last year's altercation with Mike Evans that led to a fight between the Saints and Buccaneers.

How could he not?

"Of course I'm thinking about it the whole time, just being a man," Lattimore said. "You can't come back from doing something like that, especially when I don't even know you in the first place. I ain't gonna say I hate him or nothing like that, but it is what it is."

Evans has 66 catches for 1,121 yards and five touchdowns. His yardage total ranks third in the NFL.

Lattimore had a rough game against Evans when the two met up in Week 1, and the Tampa Bay receiver finished the game with 147 yards. Lattimore, however, got back on track and had been looking more like the player he did when he won the rookie of the year award. ...