Matchups I am watching on Sunday (1 Viewer) 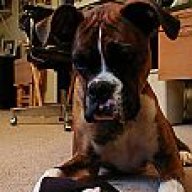 Offline
While we will all be watching very closely the Saints 3rd string LT Zach Strief going up against Marques Douglas, I believe he will hold his own there.

It's the middle I'll be watching.


NT Kris Jenkins is a game changer. The team is noticeably different when he is off the field, which coach Rex Ryan discussed. "He is a dominant force. When his pads are down he’s unblockable. If you got one man on him, there’s not one man on this planet that can block Kris Jenkins."
Click to expand...

In this quote from Rex, Jenkins is referred to as unblockable, a dominant force and that there not ONE player that can block him.

The TRENCHES are gonna get UGLY.