Matt ryan and how he affects our draft. (1 Viewer)

Offline
As we all read today, the dolphins cut 9 players im glad for them it's a great start for the tuna and he will get things straight. Now all that said and done, does this mean that since green got cut do they draft Ryan and put their faith in Beck. Now I'm not posting this for the fact that i think they should draft him, but this would really mess us up. If we planned on getting rivers that wont happen. Also the famous twin Dt's Ellis and Dorsey are almost guarenteeded to be gone. Wow, I like Leodis but im not sure if he's worth the 10 pick. Now, I think this is a clear sign to trade up. So the draft could go like this.

1 Miami: Matt Ryan: I dont think the tuna likes Beck: Ryan is his guy.
2 St. Louis: Chris Long: Safe pick will improve d line.
3 Atlanta*: Darren Mcfadden: Warrick will be gone. New RB time
4 Okland: Glenn Dorsey: Next warren Sap.
5 Kansas City: Jake Long: Great pick will upgrade and be an LT for the Chiefs for years to come.
6) Saints trade #10 pick 4th round pick and terrence cooper for the jets #6 pick and their 6th
6th pick: Saints: Sedrick Ellis: WOW, This kid is a freak immediatley comes in and starts.
7th Pats: Kieth Rivers: Their LB's are old as dirt Nough said
8: Ravens:Leodis McKelvin: Their CB's are old enough time to get young ( thank god we traded up

I think this would be our best thing to do Our d line is not that great but if we had Sedrick Ellis IT would become great. Smith and Grant wouldnt have to take on double teams every play because Sed Ellis is very athletic and can pass rush as well as stuff the run.

Toast it now:embarr: but i like it. But im not the GM. So thats that

Online
yea that would be a great deal for the Saints but I don't see the jets moving down to 10 for copper and a fourth. I'd take it though.

Offline
if we could make a trade like that to move up then we better do it.

Offline
Why would the Jets want Copper?

Offline
Green is done. That's why he was cut.

Offline
Copper?? why on earth would the jets want him

The Dolphins will do anything to trade the pick (won't happen).

And they won't take a QB in the first. Trust me.

Offline
Jets don't want Copper. And it will take more than a fourth round pick to move up to six with the Jets, whose present regime has a reputation for driving hard bargains.

Offline
While it might not necessarily go down like this, I do agree that where Matt Ryan is drafted tremendously affects who we pick at number 10.

fr3sh said:
While it might not necessarily go down like this, I do agree that where Matt Ryan is drafted tremendously affects who we pick at number 10.
Click to expand...

He will be gone in the top 5. Whoever would be there 10th will still be there regardless of when Ryan is picked. The other top players also won't be there, all already will have been picked, so none of them will affect our choice.

Am I missing something here?

Offline
No way we trade up for less than a 3rd, much less get a 6th for Copper who we have not even resigned yet. The best option would be trading a 3rd to swap spots with New England at 7.

Offline
to move from 10 to 6 you'd need about 300 points on the value chart. The Saints 4th rounder is less than 75 points. That would value Copper as a high 3rd round pick. I like Copper but things like that just don't happen. 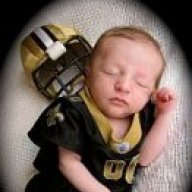 Offline
There's no way Matt Ryan goes number 1. You can't assume the Tuna is going to pull the trigger on another QB because he did it "one" time for Bledsoe. Ryan doesn't have the arm that Bledsoe had. Given the state of the Dolphins, more picks are what they need.

The only way Ryan affects our draft is him being passed on at #3 to Atlanta. Say STL takes one of the DT's at 2, Ryan gets passed on at 3, you would have to assume OAK takes the other DT at 4. Then the trickle effect will start to take affect. NE and Cincy become threats to take your top rated CB or LB. Ryan would probably fall to 8 to Baltimore.

Online
I believe Copper is a free agent, why would the Jets trade for him when they could just sign him?

Offline
Matt Ryan will probably not go 1 but not out of the relm of possibility,3 Alanta still a big ? 5 KC long shot here but still possible, 6 Pennington has he got off IR yet? 8 Ravens one guy should retire, the other a borderline back up. Maybe Brian Bhrom moves into the top 10. That would help some.
Show hidden low quality content