Mayor Cantrell says Superdome is still not ready for 20,000 fans; tells Saints they are welcome to play at Tiger Stadium (1 Viewer) 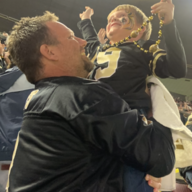 Offline
Just so we’re clear on her position, have I got this right:

Offline
Covid 19 isnt going anywhere, and by this time next year if were still doing the same things, it wont be the only diseases plaguing our communities (aka mental health issues).

Humans need a purpose, most (imo) gain that from work. New Orleans is top 5 in small business closures. Removing the ability to work/survive due to measures the CCP would be proud of is going to do more harm than CoV-19 could ever do. 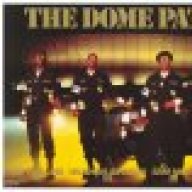 SaintsSpringBayou said:
I get it. We love our sports. The Saints, etc... it's important, especially now, and for many it's a way of life. It's tradition. But let's look at the other side of the coin for a moment.

Humor me. Imagine you're the elected official who can greenlight this. You know your state has rising corona cases even after mask mandates, stay-at-home orders, and all the precautions you can speak about. Now you give in to public pressure to allow minimum capacity seating at a game. 20k? 10k? less? I don't know.

Best case scenario, folks show up, Saints win, everyone has a great time, no new cases. Worst case, folks show up and regardless of the Saints winning or not, we have a spreader event. Something happened, we have new cases, we have more burden on the hospitals, testing facilities, the fear, and now the liability as it was your decision to allow it. Keep in mind the public rarely blames itself, it is they that wanted it, and you're an elected official in a state with already rising cases. No one will remember how much they complained about wanting to be in a crowd, they'll only remember you allowing it to happen. Now you feel responsible for whatever happens, the strain, the deaths, the fear... and you've lost your job. Your job was to keep people safe and the city running.

I understand both sides, but I wanted to point out the bigger picture. Other cities have done this successfully it seems, I don't have the stats at the moment, but it only takes 1-2 people to cause a mess of it. The mayor simply doesn't trust the public to police themselves and from what I've seen, heard, and read, I don't blame her.
Click to expand...

Then why doesn’t she say that If that indeed is her reasons for the restriction.

PAPACHUCK said:
This is exactly why the Saints should build a new stadium outside of city limits, like on the northshore or down in bayou country. Anywhere there is no Democrats running the show. A lot of people want to say this covid thing isn't political, it most certainly is. The Democrat party has used the covid virus as a political ploy to further their power grab. Take the money away and they lose their power. I like the name "The Louisiana Saints".
Click to expand...

Ignoring how dumb this idea is in general and how dumb it is to think that either political party really cares about you or making your life better, you do realize that the Governor of Louisiana is a Democrat right? So where in Louisiana can you go that is not governed by a Democrat?

Offline
I wanted to see how this story is playing in New Orleans.

It's nowhere to be found on the main content screen of the Nola.com online front page. Scrolling down, it is listed as the 6th most popular story.

It may be a trending SR.com story, but it does not seem to be that important to the general public.

Poison said:
In other words, I'ma get in my car blind drunk and travel 120MPH through suburban streets and its on the rest of you to make a decision to not go on the roads.

Some of you have truly reached a low-point of selfish indifference.

Frankly, the league should have taken this decision out of the hands of the teams and banned fans everywhere, but they were and are too gutless.
Click to expand...

<<the country with the highest death rate in the world,>> 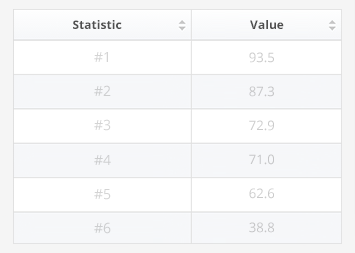 COVID deaths worldwide were highest in Peru, topping a list that compares mortality per million in 191 countries. 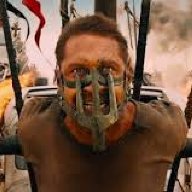 BTW, can we have good healthy discussion without attacking each other? Nothing is black and white and it is human to view things from a perspective. Everyone has something different that keeps them up at night. We all have different life experiences that shape that viewpoint.
OP

NativeFan said:
There's only one group of people who use "Dunning-Kruger" in Internet debates. Congrats you've just outed yourself and proved all my suspicions correct.

Covid was tailor-made for you guys to go around and flout your virtuous moral and faux-intillectual superiority. All while getting a power trip over seeing your leaders tell millions of Americans how they should live and what their priorities should be under the guise of "public safety".

This isn't March anymore. You're talking points need a refresh I think, they are pretty old and outdated.
Click to expand...

Well, to be fair, Brain Games just covered that this week. lol

texasjefe said:
I wanted to see how this story is playing in New Orleans.

It's nowhere to be found on the main content screen of the Nola.com online front page. Scrolling down, it is listed as the 6th most popular story.

It may be a trending SR.com story, but it does not seem to be that important to the general public.
Click to expand...

I’d be more interested to see how it’s trending on social media. I have quite a few friends in Nola, on both sides of the politicos aisle, who are quite frustrated with Mayor Cantrelle. That said, it’s not just limited to not allowing fans in the Dome. It’s a a plethora of issues with her handling of this pandemic. This situation with the Saints and the Dome is only a small part of it. So that may be why it’s not trending as high. Just a thought.

What a Kountry we have become.

Saint Floyd said:
I understand her trepidation and will not criticize any leader for using an abundance of caution in these uncharted waters.
Click to expand...

The waters are no longer uncharted. We know exactly how, why, and who the virus affects. Masks barely work, the virus is not dangerous to any healthy person under 70. Estimates are from 30-70% of people are already immune to it. Many people have already been infected and don't know it. Fear of the virus is more dangerous than the virus itself.

Pocket Hercules said:
Right - where people are already catching COVID-19, influenza, common cold, and goodness knows what else when they sit on those nasty toilet seats in the restroom stalls.

And before you go there: if you have an internet connection (and clearly you do) it's not really necessary for you to even go into a supermarket anymore, or most department stores.

A question for you: have you dined on-premise at any restaurant since March? Whether indoor or out, you have "enjoyed yourself" in every bit as close in proximity to others as you would at, say, a supermarket or even a football stadium. I know that because I have probably dined on premise at restaurants around 25 times or so in the last 5 months from rural conservative communities to some of the more liberal enclaves in CA. They're all patronized by people "enjoying themselves" in pretty close proximity to others for reasons no more or less important than attending football games. How dare we!
Click to expand...

It's not about what any individual is ok with. It's about what's best for the whole. Shouldn't be a hard concept to comprehend.

You are free to enjoy yourself. If they are allowing it then have at it. But if they aren't allowing something that should be accepted too. If you feel like folks can buy groceries online then fans can watch a game from their couch.

St.Fury said:
I’d be more interested to see how it’s trending on social media. I have quite a few friends in Nola, on both sides of the politicos aisle, who are quite frustrated with Mayor Cantrelle. That said, it’s not just limited to not allowing fans in the Dome. It’s a a plethora of issues with her handling of this pandemic. This situation with the Saints and the Dome is only a small part of it. So that may be why it’s not trending as high. Just a thought.
Click to expand...

There are also many in NOLA who don't like Cantrell in general, but don't have an issue with the way she is handling COVID.
Show hidden low quality content