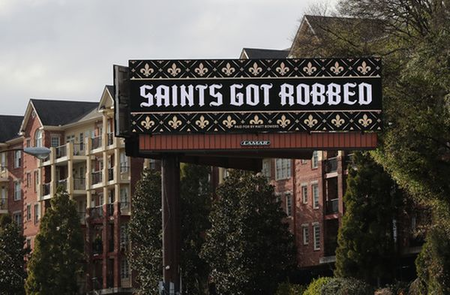 By Greg LaRose, NOLA.com | The Times-Picayune

Add New Orleans Mayor LaToya Cantrell to the growing list of politicians who are pushing for NFL to address a now notorious no-call in the NFC Championship game led to the Saints missing out on a trip to the Super Bowl. In a statement Thursday (Jan. 24), the mayor said she has sent a letter to league commissioner Roger Goodell seeking rule changes after Los Angeles Rams cornerback Nickell Robey-Coleman got away with a blatant pass interference offense during a decisive moment in the fourth quarter of Sunday’s game.

“Sunday’s result is a bitter pill for us all, and I stand with Gayle Benson and fully support her fight to aggressively pursue changes to NFL policies," Cantrell said.

Read the mayor’s letter to Roger Goodell below.

Benson said in a statement Monday that she had contacted league headquarters to seek policy changes “to ensure no team and fan base is ever put in a similar position again.” ...