Offline
I wonder, after reading how Drew and Reggie and the WR's ( maybe more) stay after practice to run more routes and fine tune the Machine, if there is much difference between throwing to Meachum or to Henderson?

They both seem improved this year and appear to me to be very similar in size and speed ( of course I haven't looked up either so it's just my impression).

So, we all know about Marques being a huge target with "Stickum" for hands or "Jerry Rice Fingers" but it seems we've gotten two improved and very dangerous weapons in both Robert and Devery with lightening speed and now both are catching almost everything thrown their way!

What a great situation to be in and with Lance Moore resting, when he comes back in, it will throw every defense set up for Colston , Meachum, Henderson out of the window due to his route running ability and there Drew is hitting each and all of them to perfection! How do they do it? I hope all of the DC's around the League are thinking the same things!

Offline
lol, after reading that title before reading the post,, i was thinking OH NO, not another player vs player thread..


I do like both Devery's improvement, and meachem starting to grab the staff's confidence.

I'm gonna get another beer.

Offline
Meachem is much bigger and more physical then Henderson. I wouldn't say they are similiar in size.

I get your point though. It's nice to have them both playing at a high level, especially Henderson who is on pace for a great season.

Offline
Control yourself! Thats a lot of man-love.

Offline
I guess there will always be three things that you can count on. Death, taxes and a thread on this website with the name of number 17 spelled wrong.

Offline
I remember in 2007 when everyone said we only had one good receiver in Colston and the rest were garbage... Kinda the same crew lol

Offline
Who is this Meachum you speak of, did we pick him up today???

That annoys me so much --- soo sooo sooooooo much that people don't get his name right... ok now to go back and read how many times the name has been correct in response and to read the original post 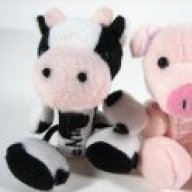 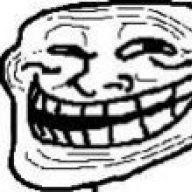 The main thing that separates them is Meachem's physicality. I also think he is a better route runner. Henderson seems to excel MAINLY on vertical routes. Although he has improved his shorter routes.
IMO, if yall ran an offense like us with just two wrs on the field often then Meachem would have more success than Henderson would.

I thought it was Fajita.

Offline
I wonder, after reading this thread, if there is much difference between spelling it Meachum or Meachem?

OH WAIT THERE IS

Offline
Did you just admit you want to be part of a man sandwich? Not that there's anything wrong with that.

IMO, if yall ran an offense like us with just two wrs on the field often then Meachem would have more success than Henderson would.
Click to expand...

Just curious, who is the 'us'.