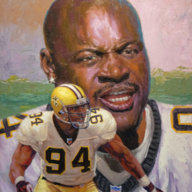 Offline
Today I went to a football memorabilia exposition in New Jersey with my wife, six month old son, and a good friend of mine. My friend and I were both born and raised in NO, but we all currently live in NY. Anyway, this thing had Joe Montana, Jim Brown, John Elway, Emmit Smith, you name it. Among the football stars there signing autographs and taking pictures were our very own Drew and Reggie. My family and I took pictures with both Drew and Reggie and I had them both sign a game picture featuring each of them. I also had Drew sign a game picture of just him and inscribe something to my son. Both guys were absolutely great. You had to pay for these photobooth tickets to get pictures with them, but since this was my first time going to something like this I screwed up and missed the scheduled time to get a picture with Drew Brees. However, when we saw him later to get the game pictures signed he was more than happy to let us take a picture using our digital camera, which he did not have to do. He was everything I expected he would be. He was laughing and playing with my son and extremely gracious to both my wife and I. Reggie was just as great. This time I made sure we were in the right place to get the photobooth picture taken with Reggie, and we were in this curtained off area. Suddenly, Reggie comes in and gives us all a huge smile and shakes our hands. I told him we were all huge Saints fans originally from NO, and he was just as cool as Drew. He was really easy going and thanked us for coming out and just seemed like a genuinely nice guy. Then we got that game picture that Drew had previously signed, signed by Reggie, as well. I wished him luck this season and told him we would be rooting for him. He said he appreciated it, and gave us another big smile. Geaux Saints!

Offline
Awesome! Thanks for sharing.

Offline
OK, somebody else bite first here. Is this serious? 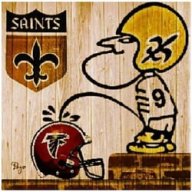 Offline
Why weren't they at Duece's wedding?

I was wondering the same thing.

Offline
Did you ask them who the biggest star in New Orleans is? 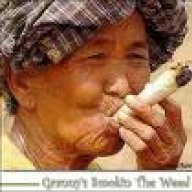 I'm also curious since my wife is in Jersey today with her brother.

dat dam dog said:
OK, somebody else bite first here. Is this serious?

seriously man, is everything made up to you? can no one ever be telling the truth? you question everyone's posts.

Offline
great I live in NJ and had no idea this was going, please tell me where this was so I can punch myself. 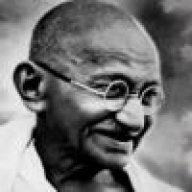 AARPSaint said:
I'm also curious since my wife is in Jersey today with her brother.
Click to expand...

Hmmm, are you concerned about her having met upi with one of these guys?

RoadTrippin' said:
Hmmm, are you concerned about her having met upi with one of these guys?

She probably wouldn't know them by sight (not exactly a football fan).

If you had 52 coworkers would you go to all their weddings and personal events? Maybe Drew and Reggie just aren't that close to Deuce off the field.

Offline
Great stories. Thanks for sharing!

For those asking, sounds like this is where they were: GRACE SPORTS MEMORABILIA
Show hidden low quality content