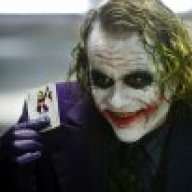 Offline
DB Ray McElroy was a guest speaker at out school today. He played for the Colts, Bears and Lions. I don't know much about him since I was little when he was playing but I think it was pretty cool to meet someone who played in the NFL. After his speech he was handing out signed player cards and when it was my turn I asked him what he thought about Brees. He was not expecting the question at all lol. He said he played against him once but I was looking around and I don't think he did but w/e. All he said was: "Yeah Brees is a beast all I gotta say." I just laughed but pretty cool though. Just thought I'd share.
Show hidden low quality content