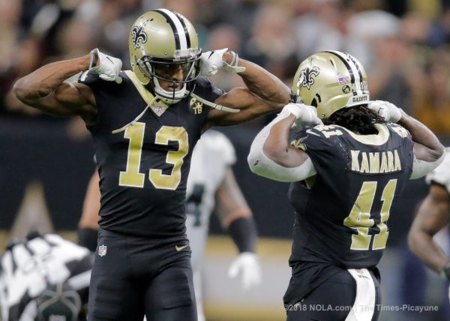 ATLANTA — Michael Irvin was ready to share praise as soon as he heard Michael Thomas’s name.

Thomas, the star New Orleans Saints wideout, has improved in each of his three seasons in the league, and after a dominant 2018 performance, he’s clearly established himself as one of the NFL’s premier receivers.

“For some reason, we don’t give him the credit he deserves for what he’s done, and it’s phenomenal that he’s putting up the numbers that he’s put up with the focus that everybody puts on him,” Irvin said. “You just, you can’t take him out of a game. You could slow him down this, you could slow him down that, but you can’t take him out a game.” ...