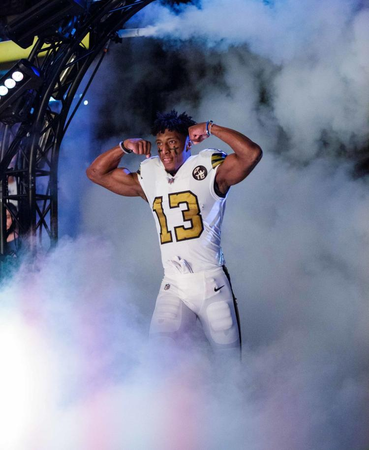 Now Saints wide receiver Michael Thomas has the receptions title to prove just how hard it is for someone to guard him.

Thomas, in his third season, caught 125 passes this season to finish as the NFL's leader.

Thomas' 125 receptions is the most receptions in a season since 2015 when Antonio Brown of the Pittsburgh Steelers and Julio Jones of the Atlanta Falcons had 136 receptions.

Thomas is the first Saints' player in 49 years to finish a season as the league's leader in receptions.

Danny Abramowicz led the league in receptions in 1969 with 73.