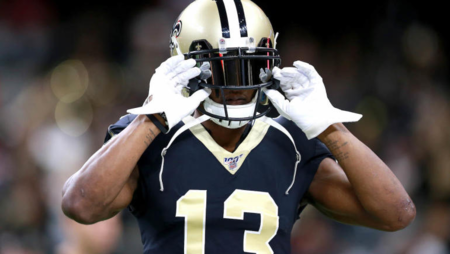 Michael Thomas has yet to really put his on-the-field stamp on the 2020 season through the first five weeks. The superstar Saints receiver was dealing with a high-ankle injury that he suffered in the opener against Tampa Bay, but it appeared he was on the verge of a return to action in Week 5, when New Orleans hosted the Los Angeles Chargers for Monday Night Football, after practicing all week on a limited basis. When the club ruled him out Sunday, however, it was originally thought that Thomas simply wasn't ready to roll just yet thanks to that ankle. Well, that didn't turn out to be the case.

Thomas was instead held out of Week 5 due to a disciplinary issue. The 27-year-old reportedly received a one-game suspension following a fight with teammate C.J. Gardner-Johnson in practice Saturday. Thomas also was said to be talking back to coaches, including head coach Sean Payton. On Tuesday, Thomas broke his silence since the issue by sending out a number of tweets, including one where he said he "ain't trying to clear no rumors up." ...