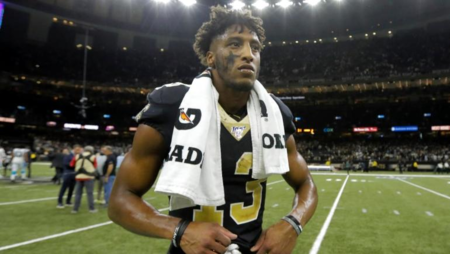 Michael Thomas sustained a high-ankle injury during the Saints' season-opening win over the Buccaneers. And while Thomas was initially not expected to miss much if any playing time at all, the injury is worse than initially thought, according to NFL Network's Tom Pelissero. Pelissero has reported that the star receiver is now expected to miss several weeks.

Thomas got rolled up on by running back Alvin Kamara near the goal line late in Sunday's matchup with Tampa Bay and limped off the field. The 27-year-old was entering 2020 after a record-setting campaign a year ago where he recorded the most receptions (149) in a single season in NFL history. Thomas also led the league with 1,725 yards receiving and added nine touchdowns to his name, cementing himself as one of the best receivers in the game today. How much this injury diminishes his impact within the Saints offense, is yet to be determined. ...