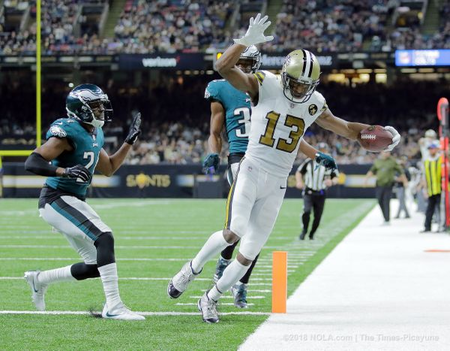 There was some good news and some concerning news to come out of the New Orleans Saints practice participation report Wednesday (Dec. 5).

An ankle injury prevented wide receiver Michael Thomas from participating in practice, though he was spotted in uniform off to the side during the portion of the practice open to the media.

But, on the positive side, left tackle Terron Armstead returned to practice (albeit in a limited capacity) for the first time since he left the field in the second quarter of the Saints game against the Cincinnati Bengals with a pectoral injury.

Thomas set a franchise record for single-game receptions (16) against the Buccaneers in Week 1. He has played at least 88 percent of the Saints' offensive snaps in nine of New Orleans' 12 games this year, with the exceptions being blowout wins against Washington, Cincinnati and Philadelphia. ...