Michael Thomas on catch record in Saints' loss: 'Can't take anything positive' from this game (1 Viewer) 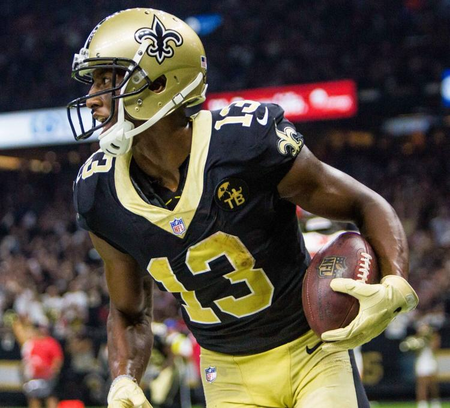 A record-setting performance got lost among all of Tampa Bay’s offensive fireworks Sunday.

Or at least it was lost on the man who set it.

Unstoppable except for a pair of mistakes of his own making, Michael Thomas served as the engine that kept the New Orleans offense running in a 48-40 loss, hauling in a franchise-record 16 catches for 180 yards and one touchdown.

But Thomas brushed aside any talk about the record after the game.

“You can’t take anything positive away from a game like that,” Thomas said. “We’re a team. We win together, lose together, so that would be selfish to worry about stats from one game.”

A Pro Bowl receiver who has more receptions in his first two seasons than any player in NFL history, Thomas entered the season primed to take his rightful place among the league’s elite receivers. ...