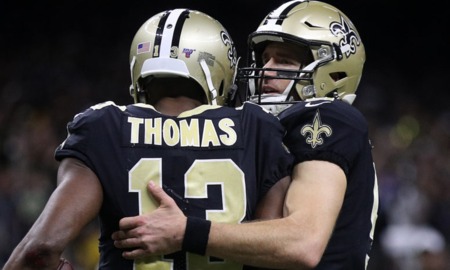 By Andrew McCarty | The Spun

Earlier Tuesday afternoon, star quarterback Drew Brees gave New Orleans Saints fans something to cheer for. Brees announced his decision to return to the gridiron for the 2020 NFL season.

His decision comes early enough in the off-season for the Saints to plan accordingly. New Orleans now has a full month to address free agency concerns before the new league year kicks in. The team also has two months to figure out its future through the draft.

After Brees announced his decision to return, his Saints teammates made it clear they’re fired up for the 2020 season. Star wide receiver Michael Thomas took to Twitter with a message for his quarterback.