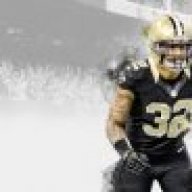 Offline
Sticky Post
Just saw on Outside the Lines as the show was closing they said that breaking news Michael Vick has been conditionally reinstated. They said more to come on Sportscenter.

Offline
Vick was on indefinite suspension to let the legal system work it out. He is getting the addtional suspension for lying to the commissioner about the dog fighting. I expected this to happen. The time he was in the big house and conditional release do not count as a suspension since he would not be available anyway.

King Solomon said:
They were an 8-8 team that year I don't think they made the playoffs as Carolina did and the reason they lead the league in rushing that year was Vick
Add Vicks 60+ rushing to Carolina and he will definitly add to a tough rushing team.
How much would they lose in the passing game not much
Click to expand...

No, they were 7-9 because they were 25th in points scored and 15th in points allowed with Vick. Vick couldn't get them in the endzone because ALL he could do was run. Carolina also played better defense than the 2006 Falcons.

Vick's problem has always been he can't play QB effectively. If his team is trailing by 2+ TDs, they're done because he can't pass them back into it.

NPs6724 said:
If you go to jail, you don't automatically get to keep your job when you get out just because you were already punished enough. He should just be happy he was reinstated.
Click to expand...

he didn't keep his job, he was let go by the falcons. now he will have to play for less money. i hate mike vick but he served his time

shaqtaw said:
he didn't keep his job, he was let go by the falcons. now he will have to play for less money. i hate mike vick but he served his time
Click to expand...

He served his time for the feds, not for the NFL (who, at least to me, is his employer just as much as the Falcons were; otherwise the NFL as an entity wouldn't have the jurisdiction to suspend him in the first place). His NFL suspension wasn't concurrent with his prison sentence; there are multiple cases like this where a criminal faces a federal prison term AND a state prison term for the same offense or group of offenses and they aren't always concurrent. It's up to the respective parties. In this case, Goodell is the other party and he decided Vick deserved punishment from the NFL to go along with his federal punishment.

Goodell should either decide if he wants the guy in the league or not. If he wants him in, that's fine, reinstate him completely and move on. If he doesn't want him here, say "Get lost" and ban him for life. But I can't see the usefulness of a conditional reinstatement. If he hasn't been rehabilitated with 2 years of prison, he's not going to be rehabilitated by November. At this point, I really wouldn't care if he banned Vick for life. But make a definitive decision, instead of dragging this circus on for as long as it can possibly go on.

Vick has already served suspended games from back in 2007 before the legal process was even inititated. I'm finally beginning to agree with the "Goodell is on a power trip" crowd. This has nothing to do with Vick and everything to do with Goodell's ego.

Offline
It has to do w/ Goodell & the NFL brass not wanting Michael Vick to be the main topic week 1. They rather it be the main topic week 4-6 once other story lines can be added. MV would consume all media week 1 if he is playing, and the NFL doesnt want that. IIRC, he was suspended while he was in custody of the feds. So when he was released of all federal guidelines, his suspension was lifted. Suspending him again is like double jeopardy in my mind. Every player on twitter & that has spoke out on radio or tv have all said he has paid his dues, and I agree. 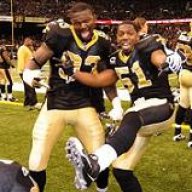 gw504saints said:
After that happen then what?
Click to expand...

What are u talking about? What is your point? Hes reinstated so what. Good for him. Its the count down til he starts being an *** hole again. Hes not a good person, why would u be routing for someone who isnt a good person? and has proven it. Hes not a New Orleans Saint. I just dont get it
Last edited: Jul 28, 2009 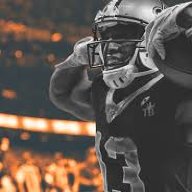 ed blaq said:
For those among us who have been incarcerated, or have loved ones or close friends who have been, a second chance is a true blessing! After 2 years at the "Big Top" he won't be screwing up any time soon. I wish we could get him!
Click to expand...