&#8220;He has an enthusiasm and excitement to him. His personality is a little different then Steve&#8217;s (Spagnuolo). Not necessarily better, depending upon the team, but for our team I think it will be good for us. We are moving to a three-man front defense and that&#8217;s what he has done in his career. We are looking forward to some of the changes that he is going to implement along with the remaining staff &#8211; Joe Vitt, Bill Johnson, Andre Curtis and some of the other guys on defense. I think we are going to have a good group there.&#8221;

On the salary cap:

&#8220;We are above the cap. I think that has been well documented and we have some work to do but we have known that. We have known where we are going to be and we have planned for it. We have some restructuring to do in some cases and reductions in other cases. There are a lot of different pieces to that puzzle. We have knocked out some of those. We will get a few more done and hopefully it will work out that we are able to keep all of our core players.
Click to expand...

Offline
I want to point out ----> "We have some work to do but we have known that. We have known where we are going to be and we have planned for it."

Everything is going to be OK.

Offline
Who is going to be the surprise restructure, I wonder.

RaisingTheBar said:
I want to point out ----> "We have some work to do but we have known that. We have known where we are going to be and we have planned for it."

Everything is going to be OK.
Click to expand...

Beat me to it.

It was some good old fashioned info from the man in charge.
I hope it puts some of these crazy threads to rest and we can start reading some level headed posts in the near future.
It's been tough to come to SR the last week or so and see the sky is falling.

Offline
If there is an organization that has shown that it plans for the future with every move its the Saints.


People have been harping on Ingram but he wasn't brought in to make an instant impact...nor has he been given a chance. Everyone has roles and SP has a vision for everyone.

The roles get expand/shrink as the players grow. Ingram i expect his role to increase this year.


I know i know that was off topic.

You can also take into account that SP said that he'd been thinking about a switch a 3-4 for some while and we'd even been drafting/signing guys that fit the scheme for a few years now.

They've always been a few steps ahead.

&#8220;I think based on what we have seen so far, this is going to be a deep draft. I think we will be able to find contributing players, not just in the first round but the later rounds. Our scouts do a great job of finding players that help us in the third, fourth or fifth round. Even with some undrafted free agents. I think this will be a good year for the latter part of the draft. I know our guys are working hard to uncover some guys that fit what we want to do.&#8221;
Click to expand...


If I were a betting man it sure doesn't seem like trading back is an option right now. which coincides with another poster stating that we have a history of sitting squat or moving up...but not moving back.

Offline
Touching wood, hope everything will be fine 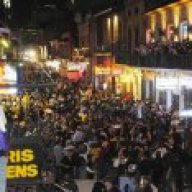 Offline
Hope Loomis has got the scouts doing their homework on these guys, to me they are under the radar: 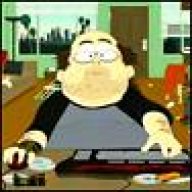 November290 said:
Hope Loomis has got the scouts doing their homework on these guys, to me they are under the radar:

Talk about under the radar, EEEEEEE EEEEEEEEEE can be dynamic!

jc197835 said:
Talk about under the radar, EEEEEEE EEEEEEEEEE can be dynamic!


Everytime I hear Barkevious Mingo I think about that clip......I could no longer help myself.

Offline
Another year of Bill Johnson...

Will Smith has regressed because of Age


In fact if you think about it the DB coach is the only guy coming in by himself.

So there are your fresh minds. New Eyes @DB coach, New Eyes @ LB with Ryan, and New Eyes on the D-line with the soon to be hired assistant.

RaisingTheBar said:
I want to point out ----> "We have some work to do but we have known that. We have known where we are going to be and we have planned for it."

Everything is going to be OK.
Click to expand...

This isn't Loomis' first rodeo! He's got this.

Offline
The Saints need a home run in this year's draft. We need players who will be playmakers in short order. The offense is strong....the defense is the problem. We have 5 picks, that could be potentially 5 starters, and at least 3-4 of those on the defensive side.

Mickey Loomis has the confidence of most Saints fans. He is quite capable to either bring in new talent evaluators, or make the ones accountable. But this year's draft is particularly important to be a good draft. the ramifications could be very important 2 years from now.

Trading down just doesn't seem to be our thing. I can't ever remember trading back. He mentioned finding folks to fit our new scheme so you'd think the goal would be to go into draft and get as many picks as possible. Perhaps trading back in one of the later rounds and get an extra pick or two. Not opposed to trading back in the first either, just depends on who is there.
Show hidden low quality content