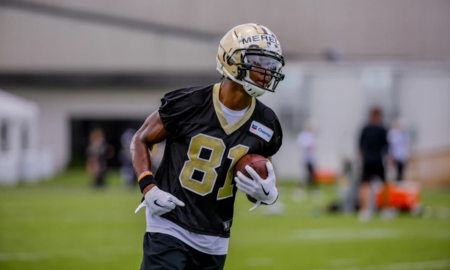 New Orleans Saints general manager Mickey Loomis has been kept busy throughout training camp as his team churns the bottom of the depth chart in search of new additions. He’s also been tied up in contract talks with wide receiver Michael Thomas, a first-team All-Pro who has been negotiating with the team for most of the summer.

Loomis made an appearance on SiriusXM NFL Radio, where he commented on the release of a different wide receiver, Cameron Meredith. Meredith was cut Monday morning after struggling to get on the field, with lingering issues stemming from a 2017 knee injury.

“I’m sorry that it didn’t work out with Cam, he’s a great person,” Loomis said. “He’s a really good receiver. It just didn’t work out here, and it comes down to a numbers game. We had to make some other roster moves. You’ve only got 90 spots, so we had to create one. That’s the business of football and it’s always been the business of football.” ...